Alex Reynolds has written a detailed blog report on our shoot with her, including her impressions of the different scenes and some fun behind the scenes moments. 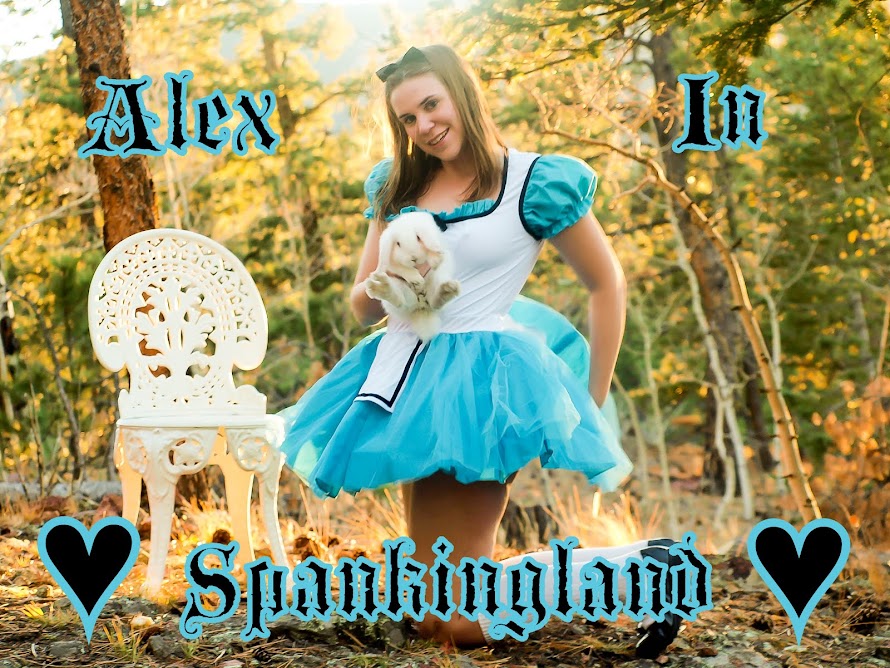 Here's what Alex has to say about shooting the two scenes that have been released so far from that shoot, Alex's POV and The Rites of Spring:

The second film that we did was interesting because it used creative camera work and had a unique point of concept. This video is currently available on Dreams, and's called "Alex's POV." It features a lot of shots which show what I can see during the spanking: shots taken as I turn over my shoulder and my own view of my bottom in a mirror propped up near us. This scene was great to film, because our characters were very nearly ourselves, and that's always a relaxed environment for me. I also like it because it's fairly physically intense while still being entirely done with Tom's hand: hard hand spanking is always a winning combination in my book. Watching this movie after the fact, I was pretty pleased with the way that this captured the actual experience of the spanking. It was the video that I've watched myself in which was closest to my actual memory of the event. It also had a very intimate feeling surrounding it. The next thing that we shot was a photoset to celebrate the Pagan holiday Beltane, or the rites of spring. This involved Pandora dressing me in a beautiful period costume and the use of lots of props, including real mead in the horn. I got to wear flowers in my hair and I loved my outfit, so it very much appealed to the "dressing up to make a fantasy real" side of things. The unfortunate part of this, though, was that it was March in England, which isn't a time when the weather is nice. It was grey and rainy out, and being outdoors with my shoes off and my skirt lifted wasn't exactly warm. In case I haven't complained about this enough on my blog, I don't enjoy being cold, or undressed in the cold, or getting hit with things in the cold. Still, I liked the idea enough that I soldiered on with it (no one forced me to go out and do it: I just got thru it by complaining a lot because I did actually want to). These pictures came out beautifully, and I love looking at them.